Title: END OF AN ERA 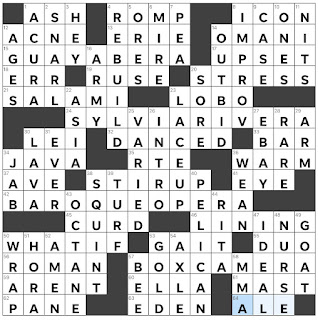 Appropriate to see an END OF AN ERA puzzle as we near the END of another year. A solid and VARIED set of theme answers today. I also enjoyed the answers WHAT IF, PELICAN, SQUINT, and STIR UP. This puzzle was a great way to begin my Friday.
Stella Zawistowski