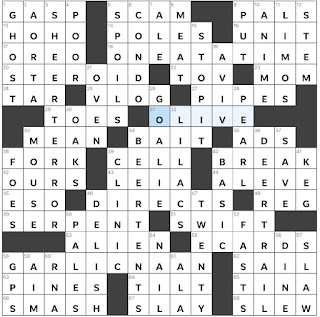 These TREEs are not just STANDing, they seem to be doing headSTANDs. In addition to the previously highlighted answers, I enjoyed ONE AT A TIME. Thank you, Zhouqin, for this puzzle that was an excellent way to begin my Wednesday.
Zhouqin Burnikel