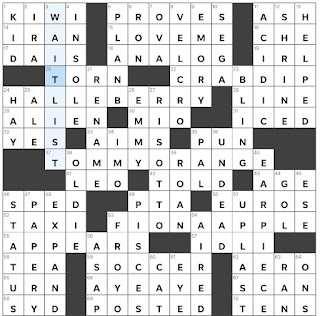 It's good to start off the morning with a helping of FRUIT. I liked the consistency of the clues for the theme answers mentioning an award, and the fact that each award is different. WAITLIST, CRAB DIP, and VELCRO are fun answers, and I liked the zodiac pair of LEO and PISCES. Thank you, Enrique, for this puzzle that was a great way to begin my Tuesday.
One more thing: As promised, the hidden message that was the answer to the first ever Sally's Take Contest was "ALWAYS PAY ATTENTION TO THE DETAILS."
Enrique Henestroza Anguiano