Title: WITH A CHERRY ON TOP 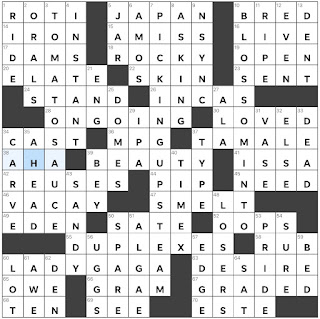 This puzzle serves up its delightful theme WITH A CHERRY ON TOP. In addition to the theme, I enjoyed TAMALE, ONGOING, and DUPLEXES. Shoutout to a couple of clues I especially liked: (39A: Belle, in a Disney title), for BEAUTY, and (57D: Easy jigsaw piece to place) for EDGE. Thank you, Rafa, for this puzzle that was a wonderful way to begin my Friday.
Rafael Musa