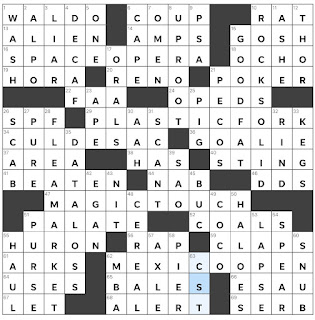 I enjoyed this variation on the hidden word theme with a different abbreviation found in each theme answer. The added touches of DATA LOSS and MBA that I mentioned above made the puzzle even more enjoyable. I also liked the clue for WALDO (1A: Hard-to-find character in children's books). Thank you, Zhouqin, for this puzzle that was a great way to begin my Sunday.
Zhouqin Burnikel