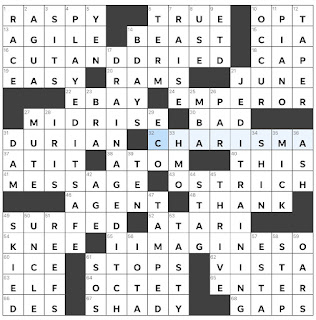 A straightforward theme today. I appreciated that the word EDIT was "broken" in a different spot in each theme answer. Enjoyable answers I haven't highlighted yet include: CUT AND DRIED, CHARISMA, and (my favorite answer is the puzzle) I IMAGINE SO. Thank you, Zhouqin, for this puzzle that was a great way to start my Sunday.
Zhouqin Burnikel