Title: ALL I WANT FOR CHRISTMAS IS... 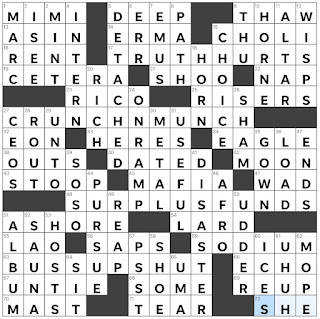 Theme Answers:
TRUTH HURTS (17A: Lizzo song that asks, "Why men great 'til they gotta be great?")
CRUNCH 'N MUNCH (27A: Cracker Jack alternative)
SURPLUS FUNDS (48A: Extra money)
BUSS UP SHUT (63A: Trini roti)
Theme synopsis: ALL I WANT FOR CHRISTMAS IS...U as the only vowel in each theme answer.
Things I learned:
Random thoughts and interesting things:

Definitely an appropriate theme for today. When I opened the puzzle, I immediately began singing the title. A creative theme with a nice set of theme answers, and I liked the bonus mention of the Mariah Carey albums. This puzzle was a delightful way to begin my Christmas Day. It's another year when many people's holiday plans have needed to be adjusted. Whatever your plans for today are, Willow and I hope you have a joyous day. 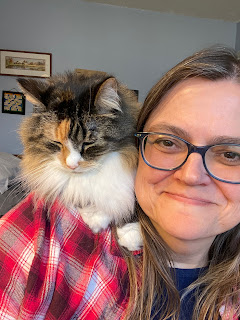